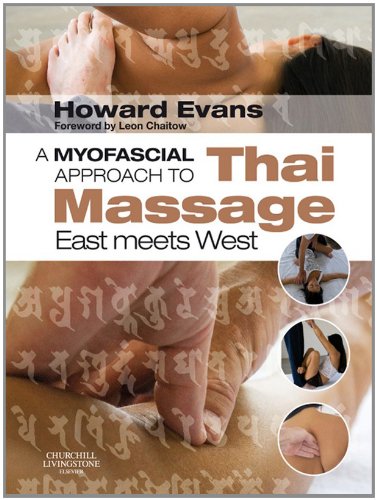 When I first learned Thai Massage in 1992 it was barely known in England. The School of Oriental Massage was the only place offering courses in the UK. Our teachers Harry McGill and Stephen Brooks supplied us with the book ‘Traditional Thai Massage’ published in Thailand by Sombat Tapanya in 1990.  This, they imported themselves from Thailand and at that time it was the only book available.

Little did I realise then what an excellent choice of training I was making. After just four weekends of study and plenty of practice I had gained a diploma in Traditional Thai Healing Massage and professional insurance. The ‘Life Centre’ had just opened in London’s Notting Hill and I applied to work there. I was ‘auditioned’ by the owner and on the basis of that massage I was offered a beautiful place to work.

The novelty of Thai Massage in 1992

Guaranteed me plenty of publicity and patients and in a short time I had a thriving practice. I soon came to see that there was an enormous difference between practicing in a classroom and practicing in a clinic. I offered one and a half hour sessions and often I was fully booked with six sessions back to back. In a short time I had to learn a lot about timing, pacing and efficiency. I realised that many of the techniques, although fun in the classroom simply did not work on ordinary patients of average flexibility. I pruned my technique until I was left only with the most safe and effective ones. Two years later I was asked to start teaching Thai Massage at Morley College in London.

My aim back then was not to begin a long-term career as a masseur but to find a way of financing my training as a psychotherapist. In 1991 I had happened upon Stanley Keleman’s extraordinary book, ‘Emotional Anatomy’. Serendipity led me to Belgium where I joined a workshop Keleman was leading. There began my interest in bodywork, albeit under the influence of Keleman’s ‘hands off’ approach. I returned to London and signed up for a three-year training in integrative psychotherapy. Practicing Thai Massage was supposed to be a way of paying for my training and of ‘learning on the job’. Instead, it became my main occupation for fifteen year. But then that’s it beauty; despite being quite simple to learn it provides a wonderful structure in which to keep on learning. Thai Massage became for me my meditation, my relaxation, my yoga, tai chi and Pilates. All of these possibilities are folded into this direct and intimate form of bodywork. Thai Massage also taught me that my strength as a therapist lay not with words but with touch.

There are three main activities involved in the practice of Thai Massage. They are:

The balance of these three activities is quite individual and the massage will vary considerably depending on the masseur’s preferences. Some masseurs are more attracted to the yoga aspects of the work and offer quite dynamic massage sessions.

Some are drawn more to the stretches, and practice Thai Massage with a ‘no pain, no gain’ style similar to that found in sports massage.

The approach to Thai Massage covered in this book

Focuses mainly on the manipulation of the sen and on relaxation. This is the style encouraged by my teachers.

One of them, Asokananda (AKA Harald Brust) with whom I studied advanced Thai Massage in 1995 says of Thai Massage that it ‘…always was and is centred around intensive and complete line work’ (Brust 1996).

Many people liken the sen used in Thai Massage to the channels used in acupuncture and generalise Thai Massage as a form of ‘energy work’ similar to Japanese shiatsu or Chinese acupressure (Mercati 1998) (Brust 1990) (Gold 2007). I had already studied Traditional Chinese Acupuncture with JR Worsley in the early 1980’s. Although there were some similarities between the sen used in Thai Massage and the channels used in acupuncture, for me this was a perilous comparison. What it revealed was major shortcomings in our knowledge of the sen. In Thai Massage there was no sense of a complete system comparable with acupuncture channels and there was no system of diagnosis with which to justify the term ‘energy work’. In acupuncture there is a very clear, if difficult to learn, system of diagnosis with which to detect and interpret imbalances in the channel system.

Despite these shortcomings, Thai Massage nevertheless performs well under clinical conditions. In my practice many patients became regulars, finding benefit enough to build Thai Massage into their schedules. Despite claiming to offer no more than relaxation, many patients reported improvements in other aspects of their lives. These improvements included resolution of physical problems, improvement in sleep patterns, clearer thinking, improvement in work and social relationships and more. Although I was smart enough to not claim too much credit I was nevertheless curious to understand just why such a simple massage could have such beneficial effects on my patients.

Two aspects of the experience strongly influenced my understanding of the practice of Thai Massage. The first of these was the aliveness of the practitioner’s contact. I soon came to appreciate that the pressure applied into the fascia of my body was not just dumb force but carried with it a clear sense of the therapist feeling the changes occurring beneath his knuckles. This experience of being felt rather than just worked on offered me a measure by which to judge all future massages. There is a world of difference between receiving a massage from an engaged and present masseur and from someone simply doing techniques.

The other aspect was the realisation that many of the fascial planes employed in structural integration were similar to the sen on which I worked while giving Thai Massage. This started a process of exploration as I attempted to integrate the practical techniques I had learned as Thai Massage with the idea of myofascial planes. This book is another step in that process.

Asokananda died on Friday, 24 June 2005. I am forever grateful to him for his teaching, his humility and his laughter

To Carry on reading an excerpt from Chapter 4 click below