“Once upon a time, many years ago, one continuous path circled the earth – not a straight path but a crooked path that wound round lakes and rocks, fields and mountains. This path was not built for speed but was trodden into being by the feet of those who were drawn to every sacred place that ever was and in anticipation of every sacred place that ever would be. The path was not designed by humans but reflected a simple truth – that throughout the earth there are special places where earthly love and heavenly love mingle more freely. “Some people call this path the Silk Road and others the Diamond Way. Some call it the Way of the Light and others the Golden Line. All these names are correct, for this path has all these qualities – it is indeed as fine as silk, as clear as diamond, as precious as gold and as revealing as light. Sadly, the qualities the names describe are often misinterpreted and have caused ignorant people to fight for control of the path, convinced that control will lead to material gain. This valley forms a section of the path and my people have always been here to protect it. In good times we are a peaceful people, dedicated to the well-being of our tribe and to the study of the teachings entrusted to us. In difficult times like now, we become ferocious warriors dedicated to protecting the path, its treasures and the people of the path. The process is cyclical and my people have developed an equanimity to both roles. Studying or killing are equally valid; it is simply a matter of acting according to the needs of the time.”

STILL tells the story of the families who protect the sacred path and their war against those who would destroy the path forever. 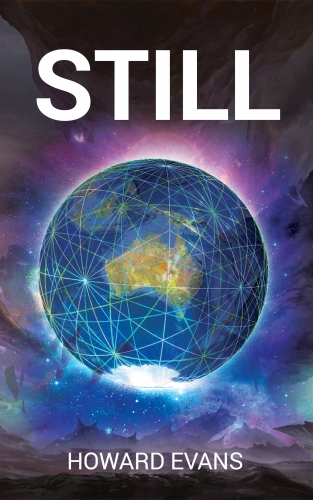 Back to Books by Howard Evans